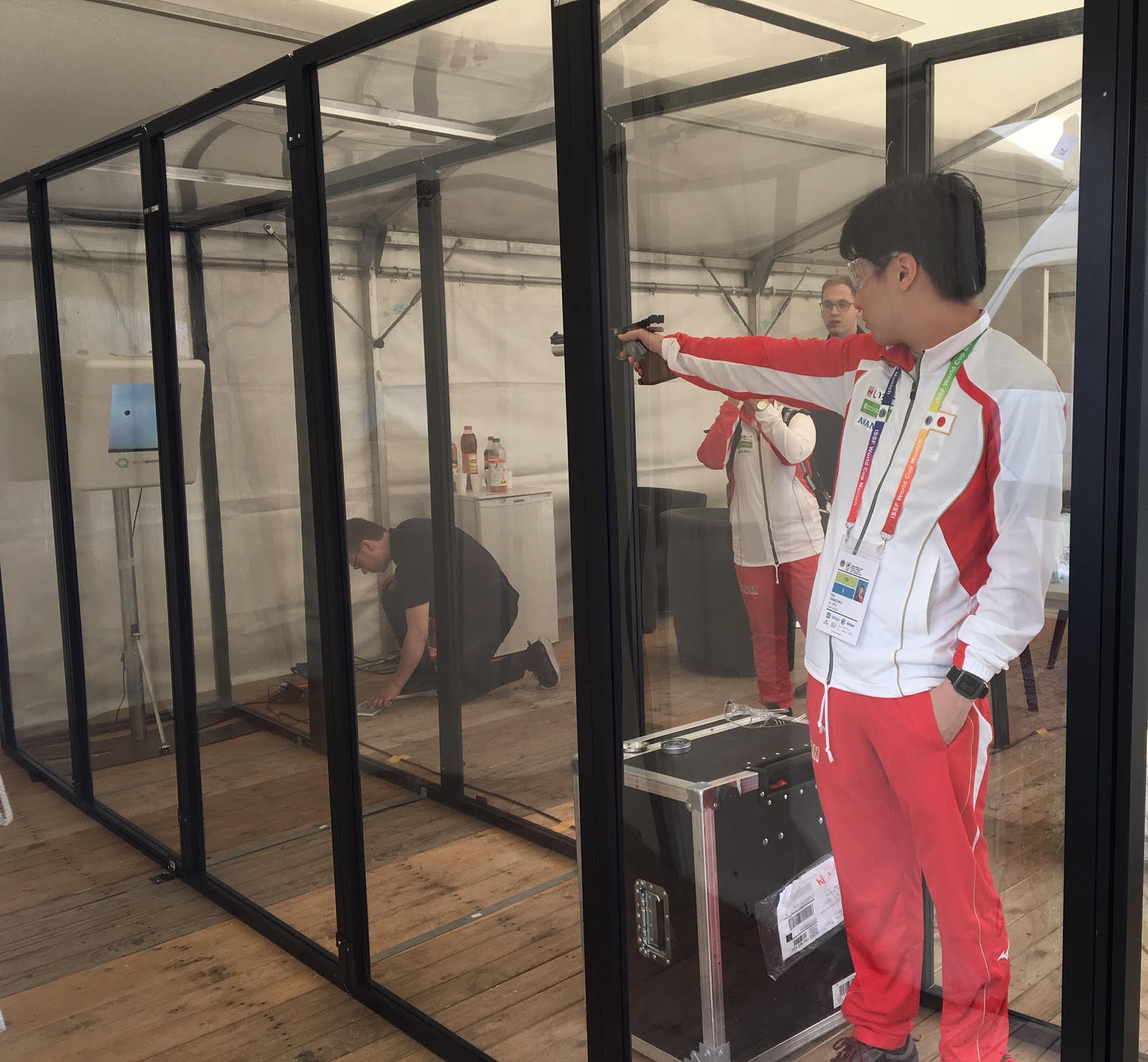 Sport Quantum has been proud to participate at the ISSF World Cup in Munich which started on the 25thMay. It has been a real pleasure to meet high-level shooters from around the world.

Many shooters didn’t believe that it was possible to shoot with real air rifles or pistols, using real air bullets so it was great to be able to explain that absolutely it is possible. The system is designed to work with all air rifles and pistols commonly used in Olympic style 10 metre shooting.

A firing lane was set up for shooters to shoot and test the SQ10 target. Many were surprised by the great results and usability of the system and also had a lot of fun shooting the different exercises and games that our target offers.

We hope the World Cup goes as well for shooters as it has for Sport Quantum!